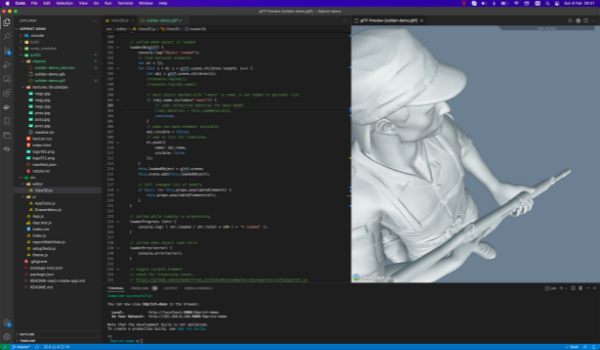 In early November 2021 we started with the software development. First, we had to define the specifications to the last detail, especially in relation to 3D base models and their associated objects (gear, etc.), as any missed step at this stage can result in a lot of headaches (and extra costs!) down the road.

Simultaneously with the specs, we worked on “proof of concept” for the platform – we needed to “glue” different objects into a final model and create a workable file for 3D printing. Our developers have managed to do it through what is basically a pre-alpha version of our future platform, solving the principal risk we saw with our future software. Our first 3D printed model created in this way happily arrived just before Christmas, and there was much rejoicing from both our and developer side. We treated ourselves to some tasty burgers and beer, and in high spirits took some rest during the festive season.

First working day of the new year quickly came about and the work on the platform resumed. With the general mechanism nailed, and with clear specifications, it was now time to tackle probably the most difficult part of the development – work on the graphic user interface (GUI). Coding the GUI within WebGL environment is almost like coding/designing the user interface for a computer game – it has little in common with how you code the user interface for a normal website. On top of this it is critical that the user interface is simple to understand and use, so you as a client do not need to click too much to get to the final result. Since Model Creator will have a huge number of options for customization and choice, marrying two together requires some serious thought and creativity. The team working on it includes both WebGL/3D experts and UI experts, who are also very willing to listen to our and “random Joe” inputs, so with eagerness we await the first version to be completed. The development team will then have to “suffer” our further requests and tweaks, until we get the user interface just right. 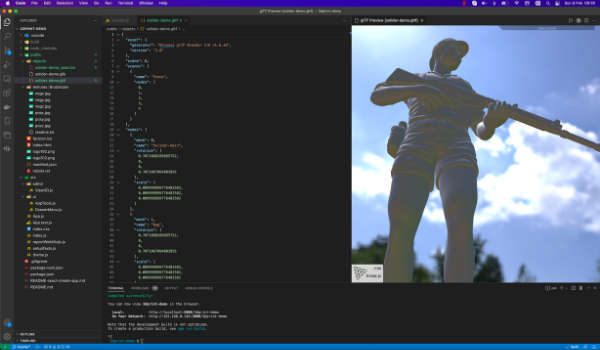 While GUI is being developed, the other part of the development team is working on the back-end/backbone of the whole platform (related database, etc.), and when both are complete, they will be fused into one. Once this is done, in many ways the hardest part of the development will be over (excluding of course the worst part of it all – ironing out of bugs!). This will be then followed by the part of work which our developers fondly call “the routine” – i.e., rest of the site - payment/ordering system, gallery, etc.

We hope we don’t jinx ourselves, but it seems that in spite COVID-19 induced delays, we are still on track as planned with early-Summer launch. Before that though, we also have the Kickstarter campaign awaiting, which is a “beast” in its own right!