Your design is then 3D printed and delivered so you create your desired miniature, vignette, or diorama. Intuitive and easy to use web GUI will let you benefit from recent advances in 3D printing technology, and let you design your scale model exactly how you want.

Process
think of a historic period and an army, choose the uniform and equipment loadout
choose the weapon and the posture of the miniature soldier
send your customized miniature to be 3d printed

There are many quality miniature makers around, but none of them offer the chance to set up your model exactly as you want it due to the limitations of the production technology they use. Yes, you can play around with different arm positions and such, but if you want something completely different at best you need to purchase numerous models and build one from a wide assortment of parts. If you are not very skilled at sculpting it becomes even more difficult. On the other hand, Model Creator allows you to build your scale model exactly as you want it right from the start.

Choose the historic era and unit/branch of the miniature you want to design, then put it in the pose you want and customize its loadout and equipment– from historically correct primary and side weapons to webbing and backpacks. You will be able to go even further than that though! What about German soldiers with Soviet PPSH-41s or US marines in Vietnam with AK-47s? Let your imagination run wild, and watch how your scale models come to life. 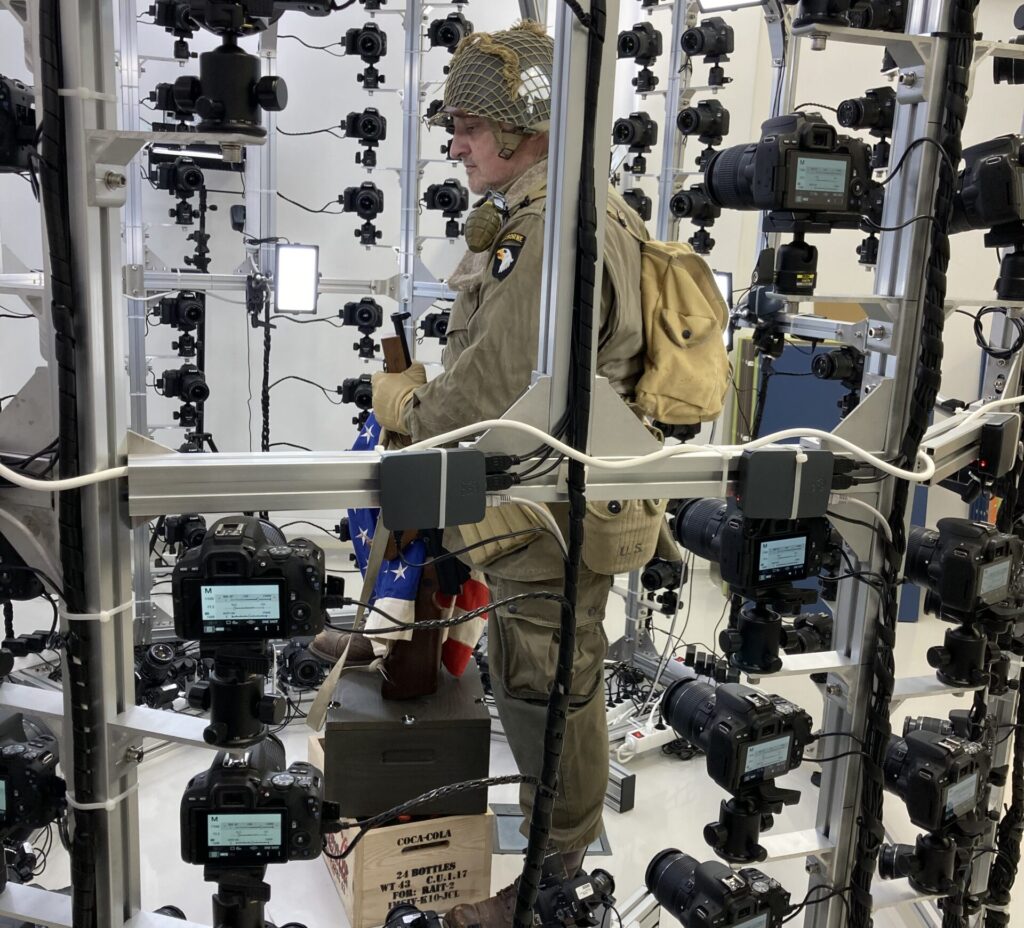 3D printing of digital models offers many advantages over traditional production techniques which are based on static moulds. Current 3D printing technology allows us to capture the detail level comparable to the best resin and injection mould miniatures. Our base models have been digitally designed at a high level, so they can only get better as printer technology improves. Some of our models are designed from scratch, based on historical data from different sources, while some are scans based on state of the art 3D scanning facilities originally designed for the computer gaming industry.

The printing of the miniatures itself is not done in-house. We have decided to leave this part in the hands of the people who specialize in 3D printing as they can do it better than us. We on the other hand will be focusing on what we do better, and that is bringing new designs to the platform.

WebGL, the standard for 3D web browser graphics, allows us to build an intuitive 3D graphics interface through which you can quickly build your scale model. As you turn your mini in 3D you will be able to easily see if it needs further customization. You will be able to envision how it will look in the diorama you plan to build.

We are currently in development stage.
REGISTER HEREand receive updates