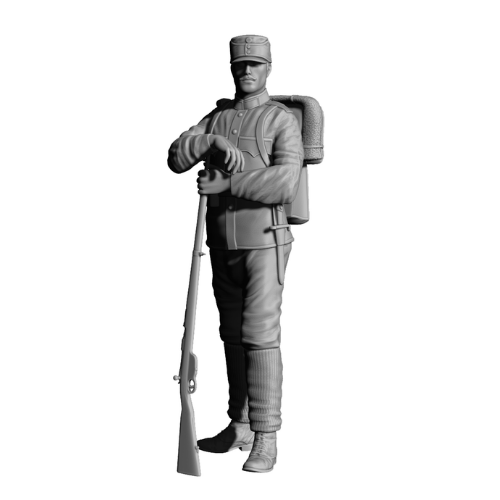 After the US Marine and Finnish, North Korean and Union soldiers we designed the Austro-Hungarian soldier from the first World War. With this model we wanted to showcase that Model Creator is not only about WW2. We aim to create as many designs as possible so you could fulfil all your modelling (or gaming) needs.

We decided to work with Designer 4 again, as by this time we were quite satisfied with the quality of his work and the speed of delivery.

World War I meant the end of the Austro-Hungarian monarchy which was characterized by dual leadership (Austria and Hungary) and a very heterogeneous population (Austrian Germans, Hungarians, Czechs, Slovaks, Croats, Serbs, Slovenes, Poles, Romanians, Ukrainians and others). In the time of European nation building, this composition was a powder keg waiting to explode, as the events around the start of WW1 will come to prove. The management of the state and armed forces was very difficult because of so many different cultures, languages and loyalties.

Our model is an Austro-Hungarian infantryman with his Mannlicher Model 1895 standard issue rifle. You can see the 3D design above and the 3D prints of the model from the front and the back below. 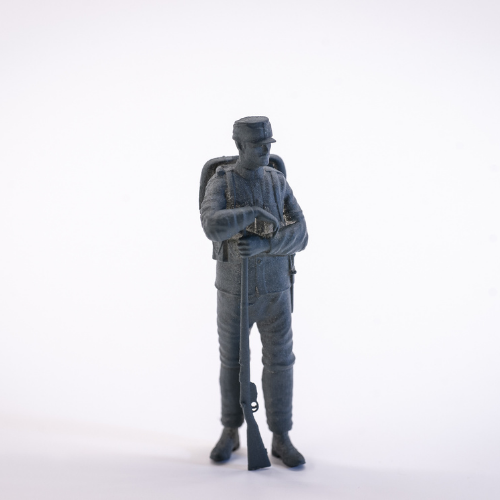